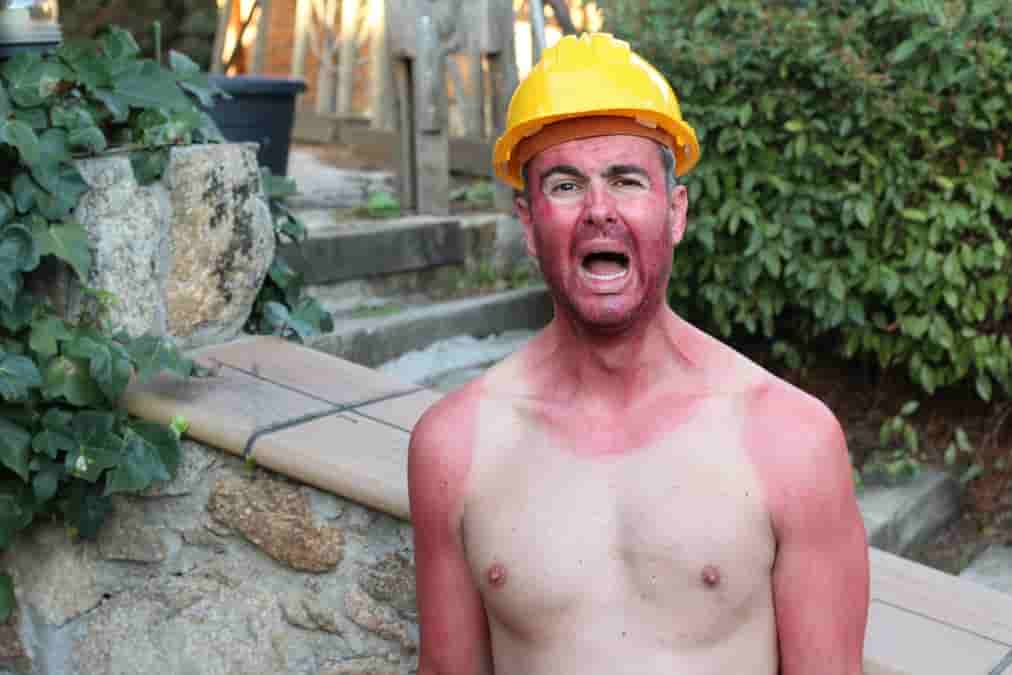 The Workers Union is urging the government to protect workers from the increased threat of summer heatwaves.

The announcement came as the Met Office released the first extreme heat warning ever seen in the UK. It followed a summer of sweltering temperatures, with some thermometers registering nearly 33 degrees at Heathrow airport and some western areas.

And while many people have taken advantage of the combination of summer sunshine and a relaxation of COVID rules, fears remain over the long-term safety of workers who’re regularly exposed to the sun.

A spokesperson for The Workers Union said: ‘The effects of climate change are already being felt by vulnerable workers. They include those that work in construction, harvest fruit or pack goods in warehouses and distribution centres.

‘These people are often on low incomes, have little or no recourse to advice and guidance and little in the way of enforceable rights.

‘The nature of their work means that they are exposed to high temperatures – all of which can cause serious health issues, ranging from dehydration and respiratory problems, to skin cancer.

‘We believe politicians need to get a grip on this issue and specify a maximum working temperature threshold in law.’

Climate change is likely to have an increasingly strident effect on the way that we live. And while politicians, scientists and engineers will play a major role in defining our response, the rest of us have a massive part to play, too.

We must accept that the mirage of endless growth through endless consumption may be coming to an end. And we must use this knowledge as an opportunity to shape a better tomorrow for the workers of today.

The evidence that extreme heat is injurious to workers’ health is piling up.  A 2017 paper published by science research journal BMC and authored by Katherine G.Arbuthnott and Shakoor Hajat, notes that manual workers exposed to extreme heat are at increased risk of negative health outcomes. Although Arbutnott and Hajat used data compiled from around the world, the shift in maximum temperatures recorded in the UK – and the picture emerging elsewhere on the planet – make it likely that we will see many British-based studies in the future.

The message here is clear. We must move and move quickly to look after working people who are vulnerable to the ravages of our heating world.