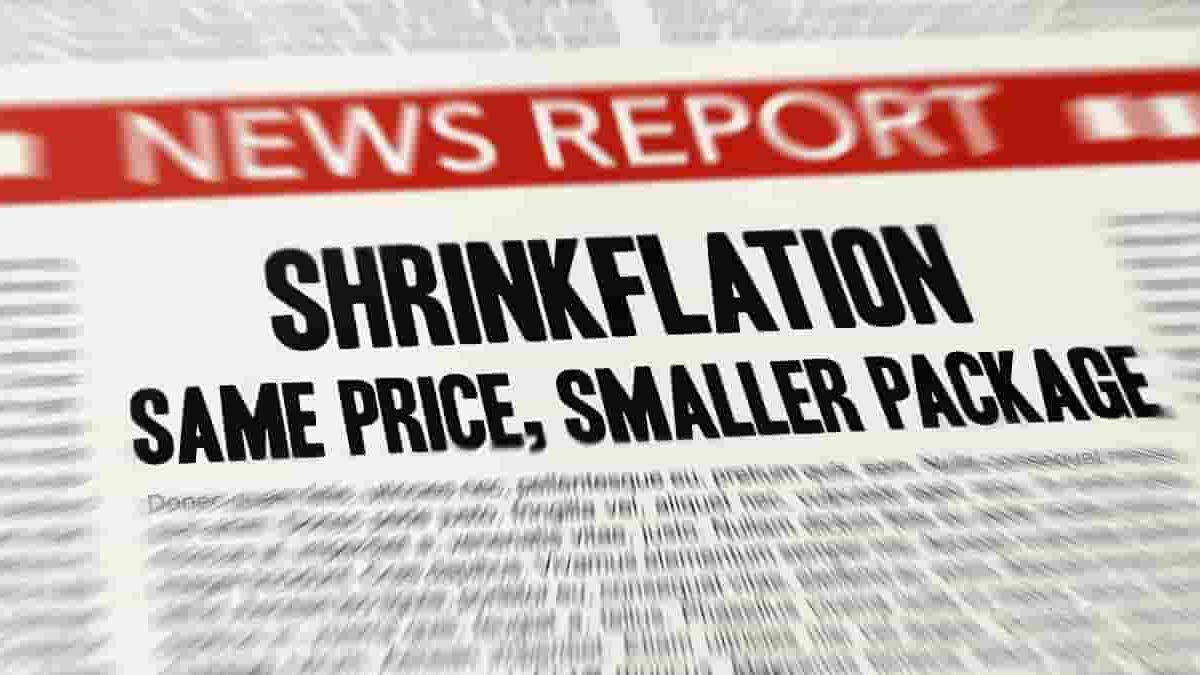 Shrinkflation occurs when consumers such as workers’ pay the same amount for food and domestic products but the items themselves get smaller.

In a statement released this morning, a spokesperson for The Workers Union said: ‘Consumers are struggling as the value of the pound in their pocket falls against inflation. At the same time manufacturers and supermarkets are selling items that are rapidly shrinking in size. Company bosses must take the long view and maintain a fair balance between the size and cost of products. British workers will do their best to steer us through this difficult period, but they cannot shoulder all the burden.’

The announcement comes after a number of news stories highlighted the scale of the problem for shoppers. In August, research by trade Magazine The Grocer found that family staples such as ready meals had shrunk in size while prices had stayed the same and, in some cases, increased.

Tesco’s popular chicken jalfrezi and Morrison’s chicken korma were downsized from 450g to 400g, while the price to the consumer leapt from £2.75 to £3.49. At the same time, Tesco’s sweet potato red Thai curry dropped 50g to 400g but cost shoppers an extra five pence at the checkout.

Dessert favourites such as ice creams have also seen cuts, with many leading brands slashing the size of the tubs from the more traditional 500g to 465g.

The decision to increase prices and reduce portions reflects supermarkets’ desire to protect their profits amidst high rates of inflation. These pressures are also being felt by retail food businesses, with Roisin Curry, the chief executive of bakery chain Greggs, pointing to ‘tough’ trading conditions and warning customers that prices may rise again to accommodate higher running costs.

In the current climate, working people are the back bone of our economy and country. They need urgent assistance from supermarkets and big food producers – many of whom have extraordinary power over the market.

Of course, there are those who think that businesses have little obligation to provide moral solutions to economic problems – and in some senses they are right. But there is also a longer view, that sees holding prices and providing better value for money as an investment in brand loyalty, as much as an investment in people’s livelihoods. After all, there *will* be a life beyond the present turbulence where the British economy will flourish. In this new world, shoppers and workers will remember who looked after them, and who didn’t.