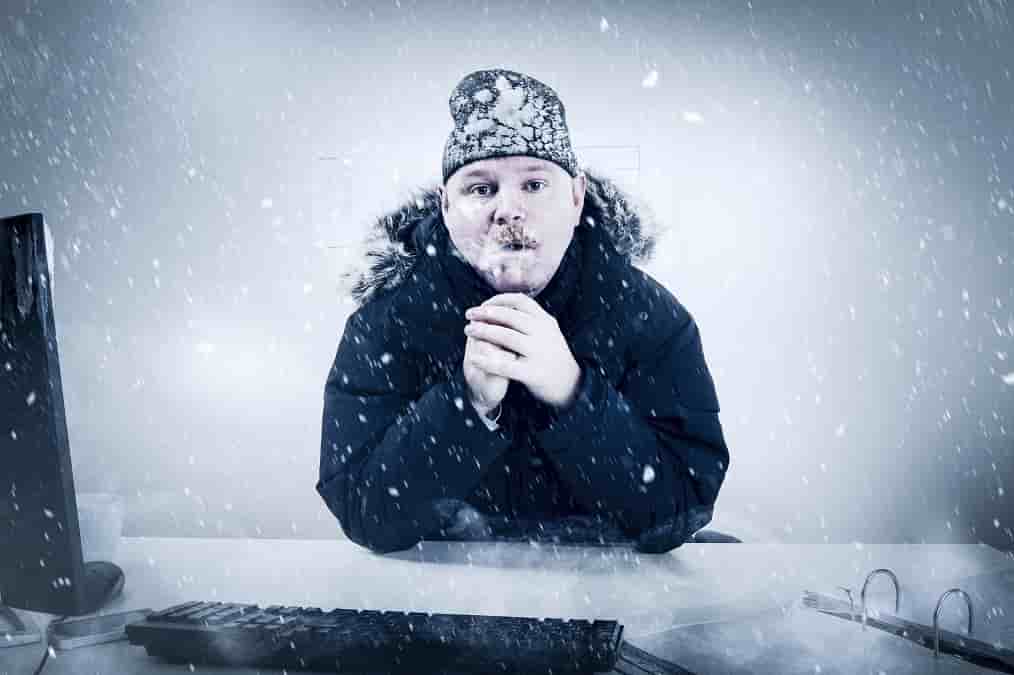 The Workers Union has urged company chiefs to keep workers warm this winter.

The announcement comes as bitterly cold temperatures continue to ravage the country, causing chaos on the roads and forcing some workers to use alternative transport to get to work.

Monday was the coldest day since December 2010, with thermometers in Aberdeenshire recording a low of -9.3 degrees centigrade.  Meanwhile Tuesday morning in Manchester saw commuters faced with a freezing start, as parts of the city battled conditions as low as -7 degrees centigrade.

Workers are also dealing with ongoing industrial action on the trains, forcing some of them into cars and taxis to get to the office.

A spokesperson for The Workers Union said: ‘With so many challenges facing working people, it can be easy to forget that temperature regulated environments are the bare minimum that business owners should provide for their staff. Despite this, many of our members are reporting arriving at work after a difficult commute, to be greeted by faulty heating or no heating at all.

‘We understand that energy prices are affecting operating costs, but employees do their best work in conditions that allow them to get on with their jobs, rather than sit shivering in their coats.’

There are no minimum temperatures specified in law, but government guidelines say that working environments must be kept at a “reasonable” temperature. More specifically, the guidance suggests a minimum of 16 degrees centigrade – but there’s no suggested maximum. Instead, the Workplace (Health, Safety and Welfare) Regulations 1992 say that employers must provide good quality air and keep temperatures comfortable for workers.

Despite the happy rhetoric of Christmas, workers face a season of difficult choices. Should they try to get to work in bad weather? Can they get there using other means of transport with the trains out of action? Can they afford to get to work? If this was not difficult enough, some employers carry the expectation – enshrined in the company handbook – that workers will make every effort to attend their office or place of work – even in circumstances that are largely counterproductive.

After all, what is the point of arriving three hours late to sit in a cold office, when working from home is the more sensible (and productive) option?

Company bosses must offer workers a sensible, clear, empathic set of options during extreme weather. Those workers that do make it to the office should not have to run the gauntlet of arctic temperatures inside and outside of the building. If this comes as a revelation to senior execs, then the weather will not be the only thing freezing this Christmas.