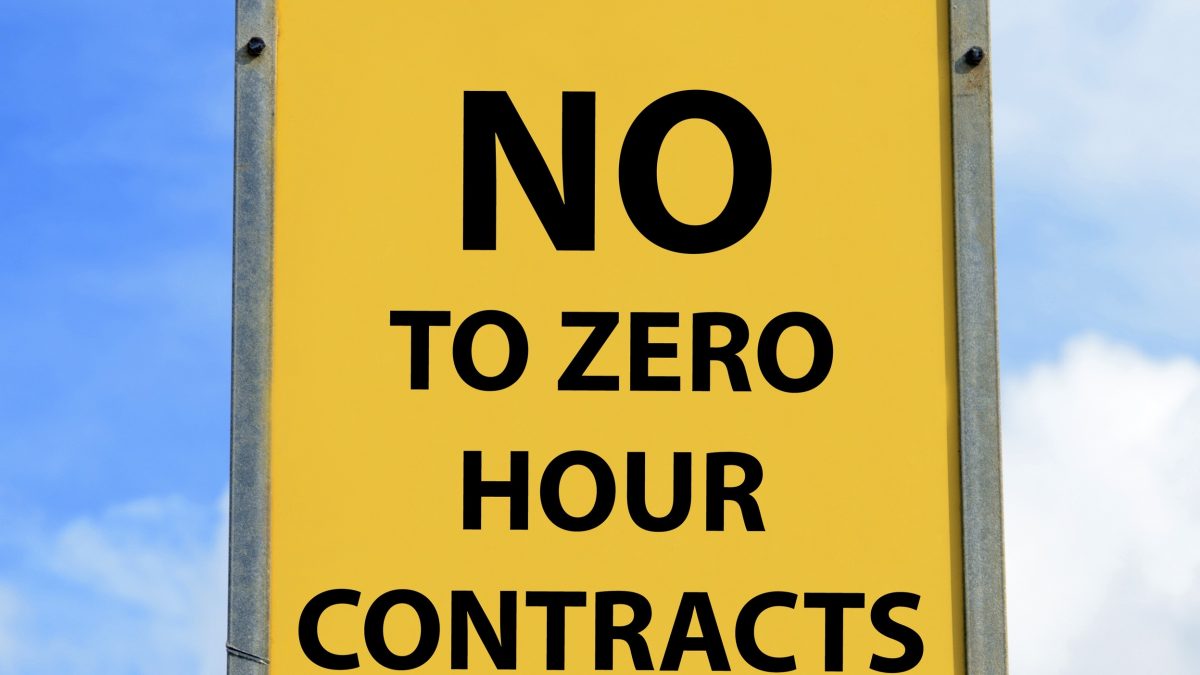 A shocking piece of research has revealed the influence of zero hour contracts on the UK job market The Workers Union can reveal.

The research has been compiled from the search engine Adzuna.co.uk, who found that there has been an explosion in zero hour contracts since 2012. The final statistics make grim reading for those without the security of a permanent job and underline the urgent need to offer people in this situation the protections enjoyed by full-time employees.

Adzuna found that in the last 7 years, there’s been a 358 percent increase in the number of these contracts appearing on the job market – a significant shift in the landscape of employment opportunities in the UK.

The Workers Union research and data department has revealed a very similar picture. One member employed on a zero hours contract by a large logistics company told us of the increasing numbers of people who were being forced to take on insecure work: “Although I count myself as a skilled worker, the current climate makes it hard for to get a permanent job in the area that I work in. There are a fair few people I know that have had to look at the zero hours option…we all have families to provide for and mortgages to pay – sitting around waiting for the phone to ring with an offer of full-time work is not an option.”

For workers in this situation, the lack of regular hours can make it difficult to make ends meet. Once member, Lydia, was clear that arrangements like these benefit nobody but heads of finance: “Some months you get decent hours and other months you’re sticking your hand down the side of the sofa to prise out a couple of dusty pound coins. I get that if you enter into this kind of agreement with a company it’s a risk that you take, but you feel that you’re completely disposable and the knowledge that you have access to fewer rights than other people makes it very difficult to deal with.”

The Workers’ Union is clear that this cannot and should not go on. Although we acknowledge that the government has done some work in helping to end the scandalous practice of pay-between-assignment contracts, the lack of protection and compensation for zero hours employees – for example when shifts are cancelled – mean that hard-working people are still subject to a great deal of uncertainty.

With Brexit on the horizon, things may yet become even more complicated; but The Workers Union is here to help the UK workforce get a fair deal whatever the political climate. If you’re on a zero hours contract and you think you’ve been the victim of an injustice, then do something about it.