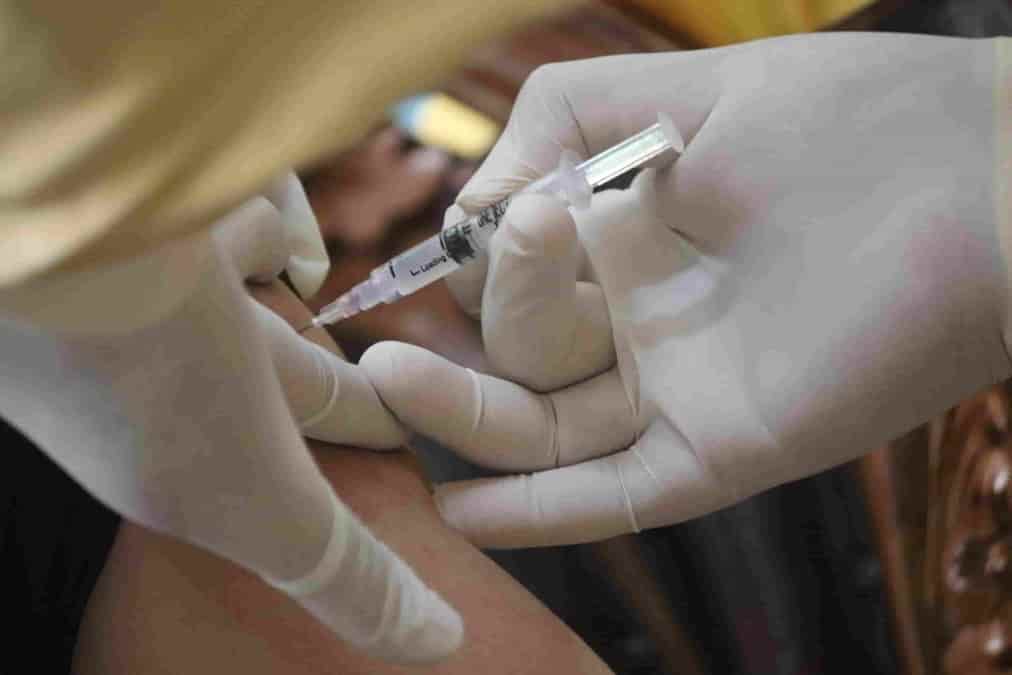 The Workers Union is backing mandatory vaccinations for healthcare staff.

The announcement comes after Chief Medical Officer Chris Whitty told staff that they have a ‘professional responsibility’ to have the jab.

Whitty said: ‘The professional expectation, very strongly in my view, is that professional medical and social care staff should be taking it.’

Professor Whitty’s remarks were made in the light of evidence uncovered by Labour’s Liz Kendall, who revealed that a mere 52 percent of health care workers in London’s elderly people’s homes have been vaccinated.

However, the government’s vaccines minister Nadhim Zahawi said that accessibility and safety concerns have influenced the relatively low take-up. Mr Zahawi pointed to flexibility in terms of appointment times and access to ‘information about how safe vaccines are’ as key drivers for improving take-up.

The government has urged staff who work in care homes to get their jab. An official spokesman for the Prime Minister said: ‘We are asking everybody to come forward and take the vaccine. We’ve been clear that it is safe and effective and not only provides protection but it also provides protection for those around them.’

The Workers Union on Vaccinations in the Health Service

The Workers Union stands four-square behind the government’s efforts to vaccinate people in priority groups. Healthcare workers have a particular responsibility to get protected, as they are working with people who are already at a greater risk of COVID than those in less vulnerable groups.

That said, this is not a situation that will be resolved with hopeful words or public shaming. Healthcare workers must be given the flexibility to access the jab on their terms. That means more appointments outside of working hours. It also means trimming the inevitable layers of misinformation about the vaccine so that workers with safety concerns are offered some form of reassurance.

We are pleased to see that that government has made some progress in these areas – but there remains much more to be done.