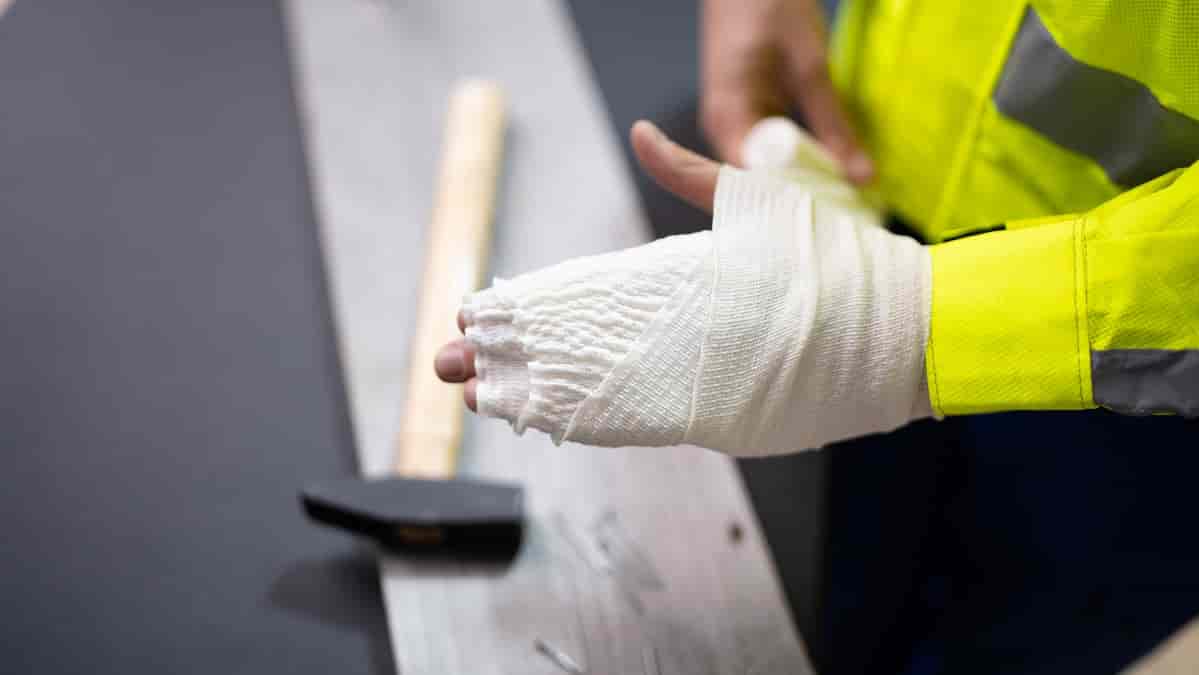 A new survey from Direct Line Business Insurance has revealed that nearly 50 percent of tradespeople have been injured in workplace accidents during their careers.

The data was drawn from a sample of 252 workers. In addition to looking at the number of people who have sustained injuries at work, the report also highlighted that 28 percent of tradespeople worry about the possibility of receiving a work-related injury.

A spokesperson for The Workers Union said: ‘Despite the relatively small sample size of this survey, its results are broadly in line with the research we’ve conducted with our members. Health and safety at work should be a priority issue for large companies, as well as small firms and individual contractors. While accidents are relatively rare, anyone unfortunate enough to experience one could sustain life-changing injuries as well as the loss of earnings brought about by long-term sickness. We urge everybody involved in assessing risk and compliance to put the health and safety of staff, first.’

The union’s statement comes after the Health and Safety Executive’s (HSE) 2020/2021 report revealed that 441,000 workers were the victims of non-fatal injuries at work. The report also disclosed that 102,000 injuries led to absence from work for more than 7 days.

The main types of injury included slips, trips and falls on the same level, being struck by a moving object, and handling, lifting and carrying accidents.

‘These annual statistics are important to give us a clear picture of the health and safety risks faced by workers in Great Britain and help to inform the measures HSE, employers, policy-makers and workers themselves need to take to ensure everyone can go home from work safe and well.’

In recent weeks, we have run a number of stories that highlight the dangers of taking health and safety lightly. To be brutally frank, this organistion could probably publish a post a day on this topic and still have stories to spare. The truth is, worker safety remains a negotiable proposition for some companies. As long as nobody’s getting hurt, bosses turn a blind eye to short cuts and shoddy practice.

But as we’ve seen far too many times, eventually someone’s luck runs out. And that someone often has to deal with terrible pain, a catastrophic drop in earnings, and an uncertain future.

So we say to British business: get your house in order. Your staff are your most important asset, and giving them appropriate protection is a moral duty, not an optional extra.